Offshore wind energy is expanding worldwide. By the end of 2016, offshore wind farms with combined capacity of around 14,400 MW had been installed around the globe. Europe is a leader in worldwide offshore exploitation. European countries in 2016 account for 90 per cent of global offshore capacity – around 12,600 MW. Outside of Europe, large offshore wind farms have, to date, been erected in China, whose national combined capacity stood at around 1,600 MW at the end of 2016.

View the current status of worldwide exploitation by clicking on the interactive world map below: 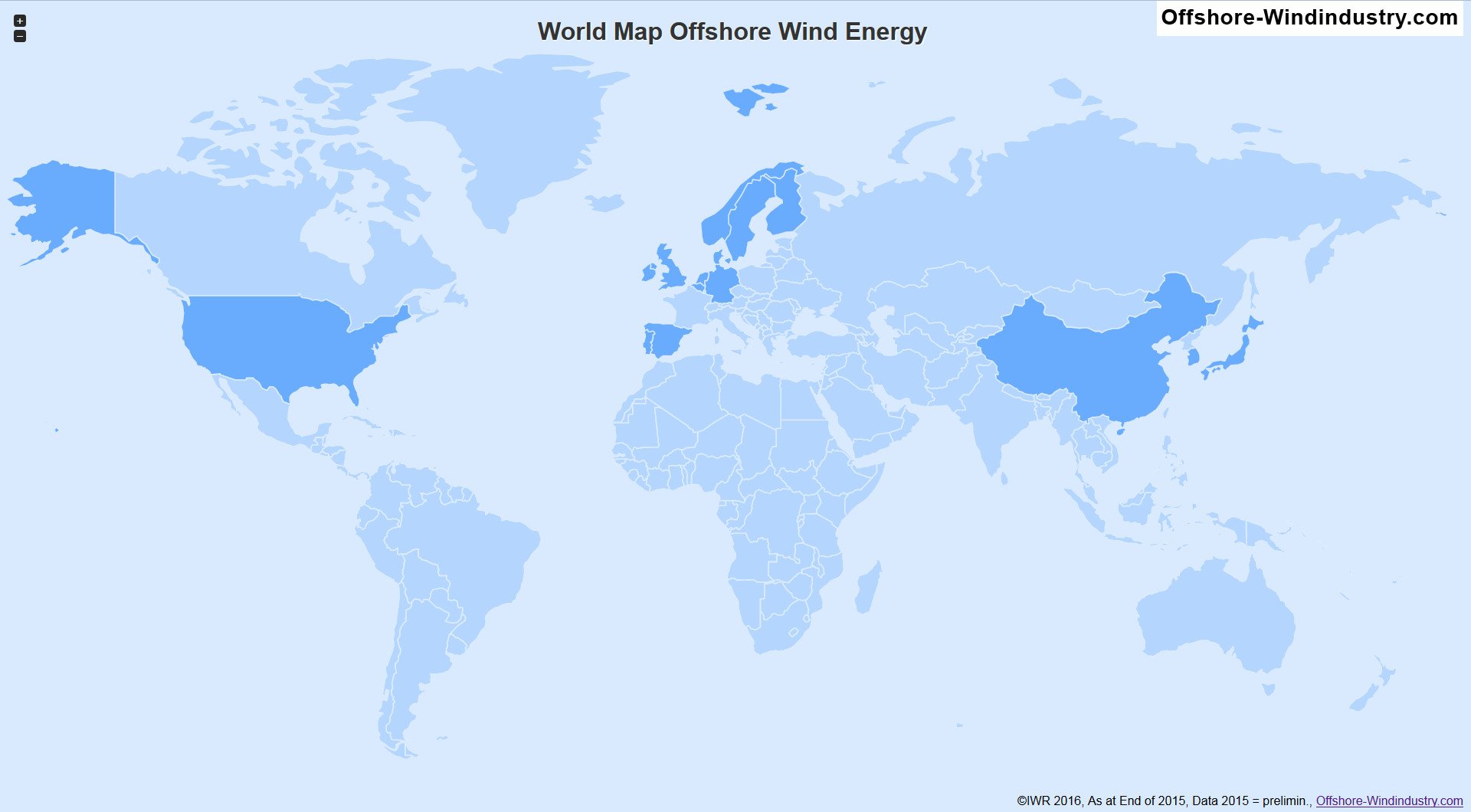