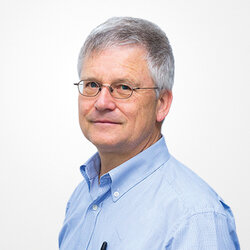 
Rennes, France / Kallinchen, Germany (renewablepress) - There has been a change of management at the French Energiequelle subsidiary P&T Technologie due to succession. Robert Conrad, who has been running the business in Rennes since 2012, retired in October. He handed over the reins to his successor Jan Ducouret, who joined P&T on 1 June and has already been appointed Managing Director.

Robert Conrad can look back on an extremely successful career: 17 wind farms with a total of 82 turbines have been connected to the grid under his management. In Decize, the first P&T solar project was commissioned this year. Two new locations have also been opened in recent years - in addition to the headquarters in Rennes, there are branches in Dijon and Royan. In total, P&T now employs more than 30 people. For the 66-year-old German-Frenchman, leaving the company as Managing Director will not be the end of his career. He will maintain his commitment to the energy transition and will represent P&T in politics and associations.

Michael Raschemann, Managing Director of the Energiequelle Group, expresses his thanks for the cooperation, which has always been characterised by trust and success: "Robert has played a key role in shaping our expansion in France and has shown his professional and personal commitment to renewable energies and our company. I thank him for his exceptional achievements and I am pleased that he will continue to be active for us."

New on board is Jan Ducouret, who will take over the management of P&T with immediate effect. The 39-year-old brings more than 15 years of experience in the wind and solar industry to his new role. He was most recently Head of Wind and Solar France at Statkraft. As a proven expert in the field of renewable energies, he is looking forward to the new challenge: "My discussions with Energiequelle and P&T were very pleasant and there are many exciting projects in the pipeline. I am highly motivated to continue Robert's successful journey with my team and look forward to working with my French and German colleagues!"

France is an established market for Energiequelle, which has made a reliable contribution to the company's success since its affiliation in 2010. To date, P&T has installed 240 MW in the wind & solar sectors and is also a successful operator for all its own developments as well as a service provider for third parties. The French subsidiary will also celebrate its 20th anniversary in the coming months.

Since 1997, Energiequelle GmbH has been active internationally as a project manager and operator of wind energy, biomass and photovoltaic plants as well as substations and storage facilities. The headquarter of Energiequelle is in Kallinchen near Berlin, further locations are in Bremen, Oldenburg, Hanover, Putlitz, Penzing, Erfurt, Dresden, Rostock, Leipzig, Guntersblum, Magdeburg and Wiesbaden as well as Rennes, Dijon and Royan (France) and Helsinki (Finland). With more than 300 employees and more than 750 plants built with a total output of around 1,400 MW, Energiequelle is a leading company in the industry.

Press releases of the Renewable Energy Industry by Renewable Press
Please note: The publisher of this press release »Energiequelle GmbH« is responsible for the content.